In 2010 I was struggling to make the small farm viable. I had worked in England until 2000 and was very keen to return home to Ireland – a decision that I have never regretted.

The farm had been a traditional small mixed farm. In my childhood, we had a few dairy cows, beef suckler cattle, laying hens, pigs and sheep. It was typical of the many small farms throughout Ireland. The barn that has become Finn Valley Cottages was redundant as it no longer was suitable for modern farming methods as it was inaccessible to machinery.

The old barn was fast becoming dilapidated with the roof falling in at the lower end and people starting to vandalise it. I had to make the decision – to demolish or develop and I’m more of a developer than a demolisher! So I developed the site!

My ambition was 3-fold – to tidy up the site, to make the farm viable and to set up a business for my retirement. Under a Rural development program farm diversification scheme I applied for planning permission. 2 years later, having jumped through many bureaucratic hoops, I eventually obtained planning permission.

In 2012 I started with two cottages. I had been very keen to retain the features of the original barn hence the external appearance and the set of barn steps in the same position as the steps where I had off run up following my father to the barn door. The French doors are where the old doors were. The upstairs windows remind me of the loft doors through which, as a child, I had pushed bales of hay and straw out to my father who lifted them into the hay racks to feed the cattle. The sitting room of Foyle 100 years ago was the stable for the working horses and Finn was the byre for the cows at milking time.

As the business developed I added a games room located where are the sheep dip pens had been. Many a day I have got soaking wet as I walked through the sheep which were being dipped to protect them from flies and maggots. Dipping involved putting sheep into and through a large bath of water so that their fleece gets penetrated with sheep dip fluid. The workmen had waterproof leggings but no such thing existed for children. I was very keen on all aspects of farming and as a child had been very happy “to help” with outdoor jobs at every possible opportunity.

The final addition was Strule Cottage set up to meet the demand for guests with reduced mobility but who wish to maintain their independence. I had imagined the greatest demand coming from older people but how wrong I was. There is a strong demand from young people through most unfortunate circumstances require facilities which can easily cope with a wheelchair.

It was officially opened by Arlene Foster who is now First Minister in Northern Ireland, but in those days was Minister for Tourism. Ironically, as it was an agricultural diversification project, Mrs Foster was to be accompanied by the Minister of Agriculture Michelle O’Neill who is now deputy First Minister. And so Finn Valley Cottages became established! 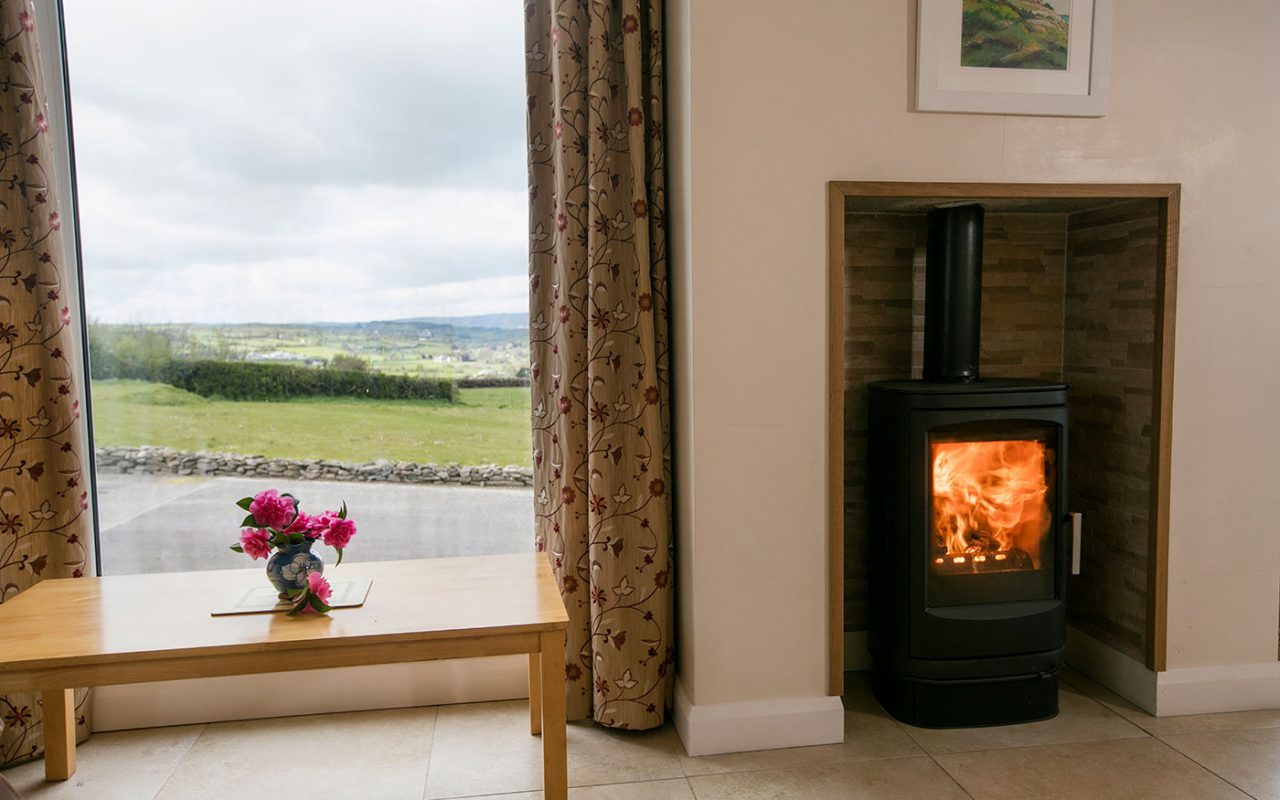 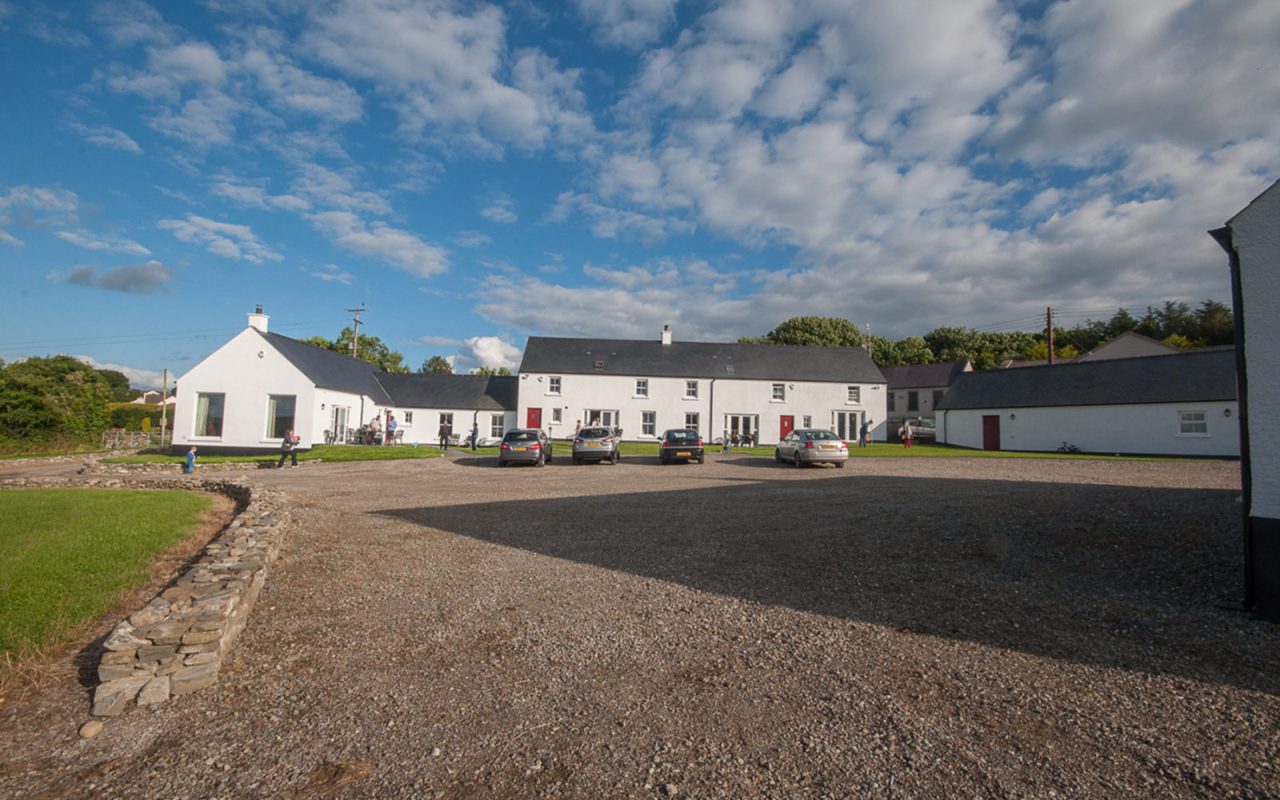 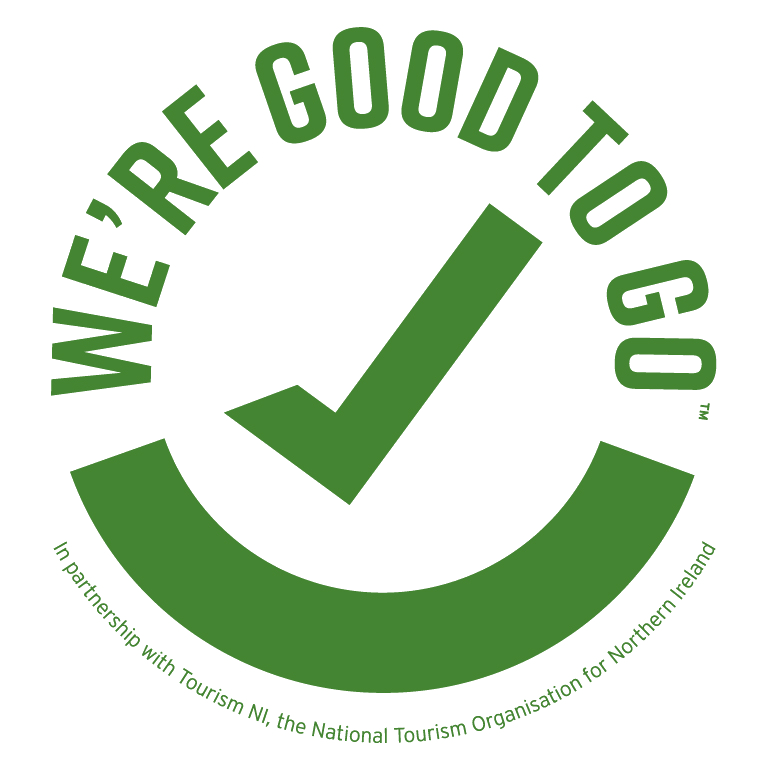